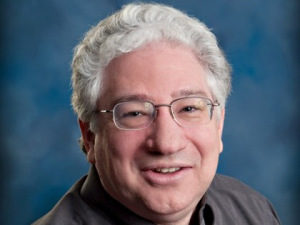 After spending more than 35 years in radio news in the Philadelphia region, Brad felt it was time to move in another direction. He founded the Segall Media Group to work with his clients and with public relations and marketing firms to help their clients maximize their visibility in the media.

Brad worked at KYW Newsradio in Philadelphia for more than 15 years, spending a decade as the station’s Suburban Bureau Chief. He was also an integral part of the afternoon anchor team. In 2006, he won the prestigious Associated Press Sandy Starobin Award for Individual Reporting for his captivating and compelling coverage of Hurricane Katrina in New Orleans in 2005. Along with his wife Michele, he was taking their son to Tulane University when the storm hit.

Previous stops in his career path included WOGL-FM, WWDB-FM and WBUX-AM in Doylestown, Bucks County where he helped put the radio station back on the air and served as Operations Manager and News Director.

Brad has been a member of the Board of Directors of two non-profit organizations. He served the Community Design Collaborative in Philadelphia and the Women’s Center of Montgomery County. He’s dedicated to making sure that non-profit organizations get the media attention they deserve to create awareness and raise funding to continue to move their mission forward.

Brad was born and raised in Philadelphia, graduating from Central High School (237) and Temple University with a Bachelor of Arts degree in Broadcast Journalism.